The Rocroi Team has accomplished a huge project running the whole Mackenzie River; 1750kms + other 200 kms of lakes, creeks and the Beaford Sea.
Last year 2012 we were in Alberta and British Columbia in the making of a spot with Jackson; we used touring kayaks for running Class III rivers, lakes and even the Ocean, in a "Gypsie River Style" we presented in our documentary INTO THE WIDE.


For 2013 we used the same Jackson kayaks, with the support of kokatat and Robson for a longer trip: after 42 days paddling in the Mackenzie we arrived to Tuktoyaktuk surrounded by Beluga whales and the Artic Tundra landscape.
With all the footage collected along this two months we will make a doc that will be presented soon in the NPRF 13.
Since that, here is the final pannel of the expedition: further info and more photos: BICHO Prods 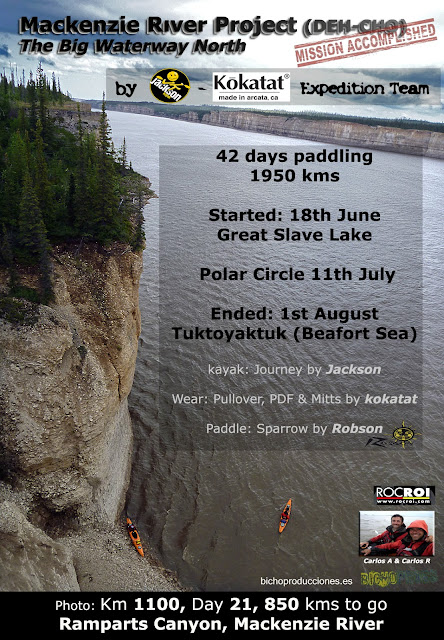